Banner Mountain Girl—Part Four
The Egg and I
I have a special memory of walking barefoot in the dust on Banner Mountain–a remembrance of carefree childhood days. No time was more exciting than when the peddler came. Sometimes, the egg in my hand was still warm when I took it from the hen’s nest and ran and skipped down the road to where the peddler was. I traded the egg to him for bubble gum. Sweet. Juicy. Bubble gum.
The peddler was a man by the name of Sampson Hooten. I have been told that he had a yellow mare with a white star in her forehead. Many years later, his son told me this. I don’t claim ever knowing the peddler’s name and I don’t recall what he looked like. The only thing I remember about that experience is the warm egg and the taste of bubble gum. From that memory, I wrote this poem after I became a full-fledged poet. (Note: The peddler’s name in the poem is changed to match the rhyme)
Eggs for Bubble Gum
I traded eggs still warm for bubble gum
and always gave my baby sister some.
We blew big bubbles, like balloons of pink,
until they burst and stuck upon our cheeks.
We both blew bubbles quickly as a blink.
I liked the gum I got from Peddler Weeks
and always gave my baby sister some.
I traded eggs still warm for bubble gum.

This is a Lil-Ann Form. It’s published in “Poems by Poets’ Roundtable of Arkansas.”
. . . . .
From my journal, dated 28 November 1977 – The rain falls friendly but cold upon the roof in this November nighttime. Steadily, gently, it falls to an unwelcoming earth, already saturated with moisture. Oak trees with brown leaves stand unmoving, unreal, symbols of fall, an announcement of winter.
© 2016 Freeda Baker Nichols

Dated 1 Oct. 77   “I like the story, “Violets from Portugal,” by Helene Carpenter but I can’t write like that–not yet anyway, perhaps not ever. But I want to, how very much I want to write about my inner feelings concerning life and situations in my own life. The desire to write has been part of me for a long time.”

My earliest memory of wanting to write was when I was about nine years old and I wrote a poem about my mother. It was a short rhymed verse. I still have the original copy tucked away somewhere in my files on a sheet from a Big Chief tablet.  I suppose it will be an important item if I ever become famous.

Another entry in my journal:

My reply in the journal:  “Fame, though, for my writing would mean I have accomplished the goal and fulfilled the desire to write. Fame for itself is probably not rewarding, but fame as proof of success is nothing more than an exclamation mark after an exclamatory sentence. Hurray. Hurray! Quite necessary for emphasis, I’m afraid.”

Summer evenings of my childhood were spent with the family sitting on the front porch. Usually, we kids roamed around the yard catching lightning bugs and dropping them into a fruit jar with holes punched in the lid so they could breathe. With their bright lights going on and off, they lit up the jar until we tired of playing and set them free.  We listened to the song of the whippoorwill as the bird of night sang contentedly from his place out on the dirt road which was edged by tall pines and sheltering oaks. Sometimes a mockingbird sang, too, from the highest point at the top of the house.

The house that daddy built was designed with a gable roof of oak wood shakes. The two sides joined together forming an upside-down V shape. At that point in front of the house, the mockingbird sat to sing, even late at night with only the moon glow to see by. The slant of the roof over the porches angled down, supported by cedar posts with limbs trimmed short to serve as a catch-all. Lard buckets hung on the back-porch posts and were filled with ripening tomatoes in summertime. Or if nothing hung on the posts’ limbs, they were just right and smooth for a kid to climb up and down to get rid of over-active energy.  How can a child be perfectly still as adults? Not even one of us kids could be still as our contented parents were.

Does anyone sit on front porches anymore?  Probably not. Banner Mountain summers are so hot that people nowadays perhaps lounge inside their homes with the air conditioner running full speed. And likely as not, kids are punching on iPhones. Modern architecture has done away with the use of smooth cedar posts at edges of porches. Many houses are built with only a stoop or a small porch at the entry. A place to go in and out as today’s “Mountaineers” hurry and scurry on their way to all that awaits them beyond the rise—out there in the world. Perhaps only a stone’s throw to work or school. But far away from the sound of June bugs buzzing and the sight of flashing lights in a fruit jar.

Surely, the summers of long ago were not as wonderful as they appear in my memory. But even if in memory they are magnified five times over, I know how happy I was to feel the pure dust of Banner Mountain between my bare toes.

I was born at Banner Mountain in a house that had a breezeway. Or as they were sometimes called, a dog trot. The house belonged to my grandmother, Martha Elizabeth Harper.  After my grandfather, Will Harper, died, my parents and my siblings moved into the house with my grandmother. She and my aunt, Dixie, lived in one section of the house while my parents and my siblings lived in the other part.

I was born in September when the hills were decked out in many shades of color. Today, I wonder if that’s why the fall of the year is my favorite season.

Daddy built a new house nearby my grandmother’s place and we moved into it about the time I was one-year-old.

Our new house had five rooms and two porches, one porch at the front, and a small porch at the back by the kitchen. Eventually, Daddy built a barn, a chicken house, a smoke house and a storm cellar.  And later on, he built a car port. A crew with the Works Progress Administration (WPA) built the outhouse, which was quite fancy. There was no electricity to our house until I was fifteen years old.  But still we didn’t have running water, so two wells supplied water for us. Daddy had dug one well by hand and the other well was a drilled well. No running water meant the Saturday bath was taken in a galvanized washtub. Of course, there were sponge baths on a daily basis, I’m assuming. But, in the winter, one’s heels could become rough and rusty-looking.  I’m not saying mine were. I am saying my feet were tough. I survived the stick of thorns and stobs as I went barefoot every summer.

I loved walking barefoot along the road in the soft, dry dust.

Roads on the Mountain are graveled now, and I suppose kids nowadays wear tennis shoes or boots to protect tender feet. Not sure of that. Just supposing.

Painting of our homeplace by Yvonne Baker Hall

Whip–poor–will!  Whip–poor–will! A voice declares. It reaches across time and my remembering stops with the sound as it peacefully echoes back from a silent night of long ago. The summers of my childhood come alive with color as a cup of fiery memories overflows.

After supper, our family sat on the front porch of our home on Banner Mountain in the Ozark Foothills until time to go to bed.

Dusk appeared just as the whippoorwills began to sing.  Fireflies flitted about the yard and some of them had the misfortune of getting stuck inside a jar, held by small, sweaty hands.  Jarflies were so noisy that adult voices had to stop sometimes, but the children’s laughter continued and mingled with the noise of the approaching nighttime.

Daddy never said how tired he was or how hard he had worked or how aggravated he had been.  It seemed as though he loved everybody he had ever met, and felt no ill will toward anyone.

And Mama was always unruffled, unhurried, and able to relax as she went about her household duties. The apron she wore has no replicas.

The modern day housewife seldom wears an apron. But her children need to feel the security that I felt on those summer evenings when my family gathered to wait for bedtime –when the dogs lay lazily in a corner of the yard, and chickens were on the roost, the door to the henhouse closed and locked.  Once again the chickens had escaped the whistling hawk that sailed the clear skies overhead. Tomorrow would be another day.  Whip–poor–will! 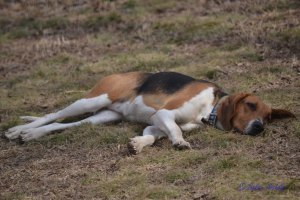 Mama’s stitches were shorter and
more uniform than those made by
other ladies at the quilting parties.
When the patterned pieces of feed
sack wore thin, Mama’s stitches
held strong as the knots that kept
them in place.

A tablecloth, with faded black letters
across a corner brightened our
kitchen with appliqued red apples that
looked good enough to eat. There was
warmth in the kitchen that came from
somewhere other than the wood-burning
stove.

I cannot untangle my life, the way Mama
untangled twine, but she instilled in me
the determination to try. I sleep under a
machine-made comforter, but the thought
of Mama caring for her family warms me. 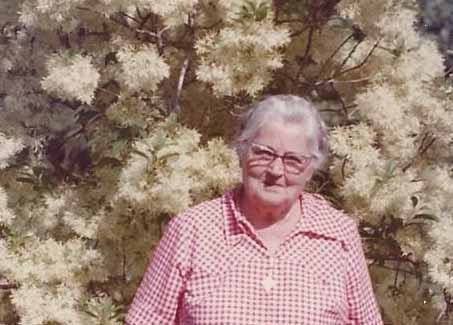 I have created a new sonnet form, the Baker Sonnet,  and I’m introducing it in the Poetry Day Contests 2016 with Poets’ Roundtable of Arkansas. The Baker Nichols Award contest for this year is open to PRA members only. Some awards are open to Arkansas residents and some are open to all poets.  Information on the contests may be seen here. Entries are not to be sent before June 1, 2016 and must be postmarked by August 15, 2016.

The Baker Sonnet form is fourteen lines of iambic pentameter and concludes with a couplet which may or may not be indented. The rhyme scheme is a-B-b-c-a-a-b-c-d-c-d-B-e-e. Note the repetition of lines two and twelve.

The rain falls damp onto the grass tonight.
My heart is sad because your love is gone.
The barren ground is cold where sun once shone.
The moon and stars no longer gleam above.
Somehow they hide their shine of silver light.
The darkest sky becomes my dreadful plight
as I begin to spend my time alone.
How can I go through life without your love?
Another holds you spellbound by her charms
as I give up the goals that I dreamed of.
I wait with aching heart and empty arms.
My heart is sad because your love is gone.
Once, I believed your promises were true.
My heart now breaks each time I think of you.

Note: My poem example here is a work-in-progress. How does a poet know when a poem is ready for the printed page?