My plane is airborne, headed south.

Memories march in and out of my mind–

who bent to hug my three year old son

not very long ago.

He straightened, then turned too late

to hide moist eyes.  His blue eyes had

laughed when I was my son’s age.

on the face of the wind.

in a smooth landing.

At the doorway, someone takes my

little boy by the hand.

in a coat and tie before. He’s so cold-looking.

Her warm arms engulf me. 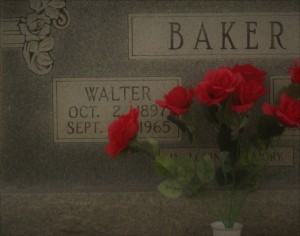 Whip–poor–will!  Whip–poor–will! A voice declares. It reaches across time and my remembering stops with the sound as it peacefully echoes back from a silent night of long ago. The summers of my childhood come alive with color as a cup of fiery memories overflows.

After supper, our family sat on the front porch of our home on Banner Mountain in the Ozark Foothills until time to go to bed.

Dusk appeared just as the whippoorwills began to sing.  Fireflies flitted about the yard and some of them had the misfortune of getting stuck inside a jar, held by small, sweaty hands.  Jarflies were so noisy that adult voices had to stop sometimes, but the children’s laughter continued and mingled with the noise of the approaching nighttime.

Daddy never said how tired he was or how hard he had worked or how aggravated he had been.  It seemed as though he loved everybody he had ever met, and felt no ill will toward anyone.

And Mama was always unruffled, unhurried, and able to relax as she went about her household duties. The apron she wore has no replicas.

The modern day housewife seldom wears an apron. But her children need to feel the security that I felt on those summer evenings when my family gathered to wait for bedtime –when the dogs lay lazily in a corner of the yard, and chickens were on the roost, the door to the henhouse closed and locked.  Once again the chickens had escaped the whistling hawk that sailed the clear skies overhead. Tomorrow would be another day.  Whip–poor–will!

THE SEA IS A MERMAID

The sea is a mermaid who keeps tapping, tapping at the door
like the raven in Edgar’s poem who quoted “Nevermore.”*
Water lapping, gently lapping on the banks of Gloucester’s shore.

Many times before, with his crew, Nate had gone down to the sea.
He had always returned to his home and sweetheart, Lora Leigh.
Lora Leigh’s  flaxen hair was ruffled by the late autumn breeze.
Her eyes glistened like dewdrops fallen on pale lilac leaves.

Red clouds gathered slowly that morn across the northwestern sky.
Lora felt the premonition though she prayed it was a lie.
She begged Nate, “Please heed the warning. Promise me you will not go
down to the sea this morning.” And he replied, “Don’t worry so.”

Nate and his crew secured positions aboard Athena Gale.
They waved to their loved ones and then set the swordfish boat to sail.
Lora cried. Her heart beat faster than it ever had before.

Like the raven in Edgar’s poem who quoted “Nevermore,”*
the sea is a mermaid who keeps tapping, tapping at the door.
The Athena Gale and crew returned to Gloucester nevermore.

The force of hurricane winds quickly sank the ship far off shore.
One life raft found unoccupied called to mind each crewman’s name.
Its emptiness told the story with a message all too plain.

The foghorn signaled strongly against the raging tempest’s roar
but fell mute to worn-out fishermen a hundred miles from shore.
The hurricane’s powerful winds thrust high the dangerous waves
that heaved the sailors down to the dark and silent, salt-lined graves.

“What did they  tell the children when each one questioned, ‘Why
did the Athena Gale sink and all the fishermen have to die?'”

Did they tell them Nate and all his crew were predestined to drown?
That it was a Perfect Storm that swept the ship Athena down?
That the sea is a mermaid who keeps tap, tapping at the door?
That she claims the lives of the weakest and the strongest crewmen?

* Reference to “The Raven” by Edgar Allan Poe

© Copyright, Freeda Baker Nichols   (A work in progress. This poem is based on the true account of the Andrea Gail, the fishing vessel and all its crew who were lost at sea in 1991 during a so-called “Perfect Storm.” Names in my poem are fictitious. Other names and fiction have been added. My inspiration to write this poem began with a visit to Gloucester, Massachusetts in 2006. I stayed at the Emerson Inn by the Sea in Rockport, Massachusetts. And I visited Gloucester where I took the pictures of the monuments honoring fishermen and their families. As I sat by the sea, I listened to the lapping water and wrote the first line of this poem. These ten years later, it’s ready to post, but I doubt that it’s finished. I’m posting it now with respect to the memory of the Andrea Gail and her crew.)

I felt joy when I looked at my firstborn son,
who arrived during a deep Kansas snow.
I called him “Little Precious”
when a nurse brought him to me. He was
my first and three other children came after him,
each bringing its own beaming joy to my young
heart; their first smiles were reasons to be glad;
their first blowing of spit bubbles from tiny
puckered lips made me laugh; they could sound
like cars or airplane engines accelerating for missions
like those that took their daddy halfway around the
world from us. I felt joy when he returned safely to us;
happiness beyond explanation when he winked his
way back into the graces of the wee ones who had
forgotten him in those long months.
Love is joy and joy is love.
God is love and He is in all the joy I have known,
causing my heart to refresh because of past joyful times.
Complete joy comes from weaving threads of laughter
onto a background of love-patched fabric in such a way
that only the brightest colors show. 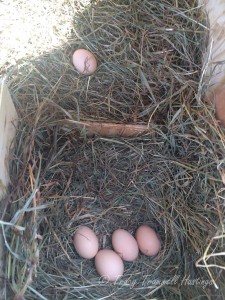 Poem in the Lil-Ann pattern. Reblogged from my earlier post, with added photos.

Yvonne & Freeda Baker by the lilac bush at the Banner Homeplace

Young boy asks, “Why does it rain?”
Mom: “To make the grass grow.”
Boy: “Then why is it raining
on the patio?” 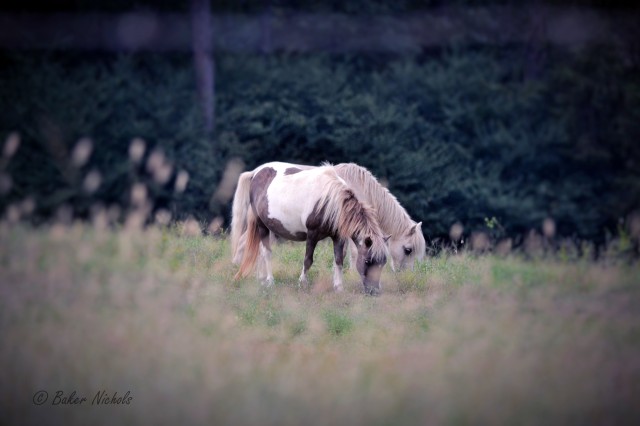 Pony, take me south to see
mountains, meadows. Lucky me!
Take me past the waterfall
trot by woods where trees are tall;
prance along the forest trail
by the stream where leaf-boats sail;
race the wild ones you’ve befriended,
play until the day has ended.
Tell all of your friends goodbye
as the sun drops from the sky.
Make your little feet take flight
homeward bound before the night.
In your stable may you sleep,
Little Pony, mine to keep.

The wild azaleas
were bright
against the green forest.
Their limbs
snapped easily
and lay like pearls
in her small hands. 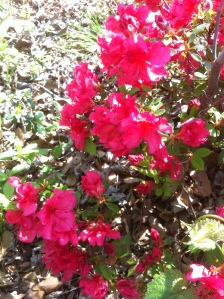 She hurried home.
Her mama wrapped them
quickly
with a fruit jar,
half-filled with water
from the well,
then turned to her daughter
who smiled
brighter than
all the azaleas
left in the forest.

The littlest star on my Christmas tree
is one that shines so bright for me.
It was placed there by a little boy
who has brought his dad and me much joy.
He cut the star from felt so white–
it even shines in the darkest night.
Now, our son has matured and grown.
He’s now a man with a home of his own.
He trims a different Christmas tree 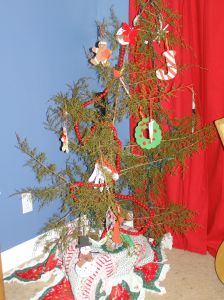 in another state so far from me.
As I remember his childhood days
and think of all the many ways
he brought us joy and happiness,
I know how truly we are blessed,
and in the light of that little star
our wishes go so very far
to kiss a little boy on the head
in another state in a little bed.
And I speak to that Star of Bethlehem,
shine Thy light so brightly on him
so that Thy Truth he will grow to see
the Special Light of my Christmas tree!